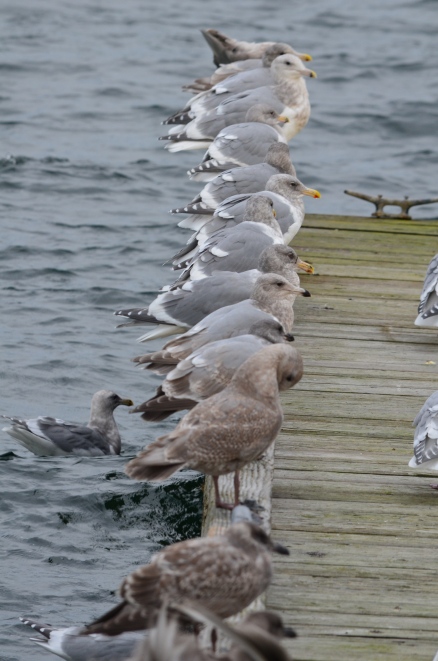 Part 1: The Rise of Social In Talent Acquisition

Each time I see “it’s complicated,” I know that there is a story to be heard.   But before the story, let me put this blog post in context.  Previously, I proclaimed  in Happy 2013—Here We Go Again that the confluence of Web 1.0 and Web 2.0 was one of the three overarching challenges facing talent acquisition in 2013.  This is the backstory of my observation and its a little complicated.

The story of talent acquisition in the 21st Century is complex, complicated and compelling.  We are in a period of confluence where Web 1.0 (old school) and Web 2.0 (new school) tactics are simultaneously used successfully.  Instead of Web 1.0 giving way to Web 2.0 and converging, certain aspects of Web 1.0 continues to work successfully.  Frankly, until recently, I believed that our socially oriented society would make the more static old school approaches obsolete.  That just has not been the case.  What seems more likely is that both approaches will coexist until they merge into Web 3.0.  So, what is taking so long?  Before we explore this confluence more extensively, let’s review talent acquisition how we arrived at where we are in 2013.

The recruiting world began to change in 2005; at least it changed in terms of job seeker behavior online behavior.  A quiet migration occurred from job seekers using job boards to find a job; to using key word searches to find a job.  The first people to notice the shift were the job boards themselves; and to combat the decline in applicant traffic, they began to advertise their client’s jobs on search engines.

The job boards used the relatively new approaches of Search Engine Marketing (SEM) and Search Engine Optimization (SEO) to ensure that their jobs were listed or ranked higher in search engine results.  The job boards learned how to make their keywords and links match the method by which Google, Yahoo, & Bing determined how to list the content for key word searches.  Not only did the job boards make up for the declining traffic of job seekers going to their sites, they now were actually increasing visitors to the job boards with using SEO.  The job board clients unknowingly established job boards as the middle man in their SEO efforts.

Around this time, metasearch engines began to appear on the scene and aggregated web content.  Some aggregators (Indeed, Simply Hired, JuJu, et al) focused vertically on the “jobs category” to distribute job postings throughout an increasingly larger network.  As these vertical aggregators became better known, the role of job boards as the middleman was more transparent.  Some early adopters began to work directly with the aggregators and take the job boards out of the middle position.  Today, it is well understood that job related key word searches on Google create as much activity on in one month, as the traffic is directed to Monster.com in one year.

Recruitment marketing platforms, such as Jobs2Web and TalentBrew came on the scene and allow organizations to manage their Search Engine Marketing (SEM) and Search Engine Optimization (SEO) efforts.  These platforms provide companies with the ability to self-manage and metric all the moving parts of a company’s online strategy

At the same time the job search behavior changed, so did the number of people that people that active on the web.  A very interesting social change had occurred; the web that began as individual activity as people surfing the web was changing to a very social place.  People were flocking to the web and engaging in very social type of activities.  This desire for conversations caused enormous growth in FaceBook, YouTube, and Twitter.  Even established platforms liked LinkedIn took steps to become more social by adding more robust groups features to meet this demand caused by this Web 2.0 (a desire for online conversations) phenomenon.

The world of talent acquisition was becoming increasingly complicated.  The changing landscape of technologies coupled with the changing consumer behaviors required a corresponding paradigm shift by organizations in order to function in this new social world.  We will explore this next time in Part 2 of It’s Complicated.

This site uses Akismet to reduce spam. Learn how your comment data is processed.