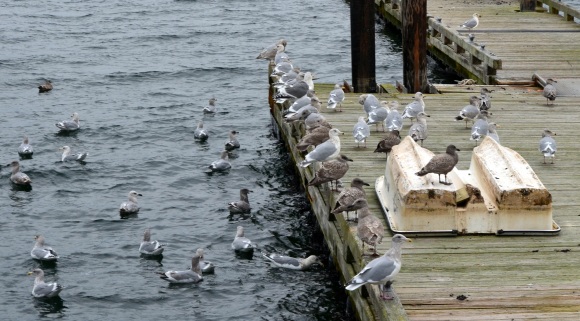 Part 2: A Paradigm Shift As Companies Respond to Social

As our story of Living in Confluence continues, we will look at how companies and organizations responded to the rise of social in talent acquisition. The first article, the disruption of the status quo by the social phenomenon created significant complications when it comes to attracting and engaging talent.  What really happened with the rise of social is the balance of power had shifted from organizations to the individuals who were participating in online social activities.

The migration from Web 1.0 (static web content) to Web 2.0 (conversation enabled platforms) was immediately felt by marketing.  Corporate marketing woke up one morning to find out they were no longer in control of their brand.  The respective brands were controlled by their customers as they voiced opinions about the brand online.  It seemed that customers when they asked a question actually expected a response.  Many top brands were met with widespread negative publicity when they failed to address the concerns of their customers.  Opinions, both good and bad, spread virally and virtually as customers self-segmented and self-identified themselves with affinity groups around products or brands or professions.

This introduction of Web 2.0 with its expectation of conversation really complicated things in three areas of talent acquisition.

The growth of online affinity and self-segmentation has continued on the leading social networking sites.  FaceBook and LinkedIn are imagining membership in the billions.  Twitter has enjoyed amazing growth as everyone has turned into a blogger; as long as the message is short.  YouTube has quietly become the third largest search engine and has become one of the more captivating social recruiting channels.  Google+ arrived on the scene with its focus on circles, hangouts and cool methods of communication.  Newcomer Pinterest has taken the social world by storm and offers another way to communicate with each other by sharing images that are important to our lives.

For sourcing and recruiting, the challenge of talent identification has been simplified; given that most professionals can now be found on the web.  Simultaneously, the task of talent engagement has become more challenging as each of the social platforms has a unique social protocol that is expected to be honored.  And like our colleagues in marketing, we are no longer in control of our brand.  Further, effective recruiting in the “Web 2.0 world,” will require companies to have a conversation with the job prospects.  The potential is there for job prospects to create the same viral and virtual feedback as they think of themselves as customers of our employment brands.

Most of the social media books describe real and potential “social disasters” that can occur when your customers, fans or the general public is ignored.   Perhaps the most interesting was the story of “Dell Hell” pinned by writer Jeff Jarvis.  The short version is that Dell customer service, marketing, or any other group was not available to when Jarvis from complained about his experience with their product.  He wrote a blog titled, “Dell Lies.  Dell Sucks.”  Jarvis’s post resonated with the general public and created a firestorm of criticism.  Since the blog was written in 2005, Dell has become one of leaders in using Web 2.0 for customer and public interaction.  In fact, Dell is now using its fans to make suggestions for product innovation.  This innovation has carried over into talent acquisition with Dell keeping social front and center in their strategy.

Last summer, after a presentation at the Bill & Melinda Gates Foundation, I asked thought leader Charlene Li what her greatest surprise was since writing Groundswell.  As you may recall, Groundswell, was a breakthrough analysis of social media adoption and predictions on its adoption by business and industry.  In that context, Charlene answered that she was surprised by the lack of acceptance of Web 2.0 by many enterprises as well as their failure to embrace a real social strategy.

The disruptive nature of social has required organizations to accept the fact that how we are perceived rests in the minds of our customers, fans and the general public.  In the old days (Web 1.0), we could control and greatly influence our brand; today we can only provide our perspective and participate in the conversation.  To the extent that organizations have accepted this new paradigm and adapted to it is part of the reason that we are living in confluence.

So, why do organizations need to adapt to this new paradigm?  One area of danger for talent acquisition, is what I believe to be a ticking social time bomb that exists when these customers of our employment brand experience the applicant tracking technology that are used by most larger organizations.  While, these applicant tracking systems provide gains in efficiency and metric ability, the major complaint by applicants that their resumes seem to be going into a “black hole,” is becoming more common.  The human touch seems to be lacking in “human resources.”  Web 2.0 recruiting requires more of a human engagement to meet the expectations of job prospects.

Next time, in Part 3 of Its Complicated, we will explore how talent acquisition is attempting to put the human touch back into our process while taking advantage of visibility to our target audiences on the social web.

This site uses Akismet to reduce spam. Learn how your comment data is processed.